Christmas in the Islands…Nate Andrews whisked the entire Talbot clan off for a holiday adventure in the U.S. Virgin Islands. As they relax on the beach of sunny St. John, Liz Talbot grapples with the secret her husband has kept since the day she met him—he’s a very wealthy man. Will all that money change everything? More>

For Fans of the Liz Talbot Mystery Series…

Postcards From Stella Maris is a collection of five short stories for fans of the series who might be interested, for example, in Colleen’s backstory. I wrote the short story “Common Knowledge” for myself years ago, as a way to explore what happened to Colleen. As you might imagine, it’s not as light as the series in general. This story has never been published anywhere before. More>

It’s the most wonderful time of the year, but Private Investigator Liz Talbot is struggling to feel festive. She hasn’t seen her best friend, Colleen, in weeks and fears she may never see her again in this life. Meanwhile Nate, Liz’s husband and partner, is spending money like he prints it in the attic on a mysterious family Christmas celebration. Liz’s nerves are shot, and she hasn’t even decked a single hall. But there’s simply no time to fret. More>

Published September 2019 Private investigators Liz Talbot and Nate Andrews are all set to enjoy some quality time on the beach. That’s until they get the news about Darius. Darius DeAndre Baker, star of the hit TV show, Main Street USA, has had enough of the Hollywood highlife. After ten years of visiting everyone else’s hometown, he returns to his own—Stella Maris, South Carolina. The moving trucks have barely unloaded when Trina Lynn Causby, Darius’s high school girlfriend, turns up dead. The town reels as Darius is arrested. More>

Lowcountry PI Liz Talbot returns to the streets of Charleston in the seventh installment of Susan M. Boyer’s USA TODAY bestselling mystery series. Between an epic downpour and a King Tide, those historic streets are flooded—and dangerous. A late night tragic accident along the Lower Battery leads Liz Talbot straight to her next case. More>

Private Investigators Liz Talbot and Nate Andrews have worked their share of domestic cases. So when Tammy Sue Lyerly hires them to find out what her husband is hiding, they expect to find something looney but harmless. After all, this is the guy who claims to have been a DEA agent, a champion bull rider, and a NASCAR driver. But when he turns up dead the morning after Liz and Nate deliver the incriminating photos, Tammy is the prime suspect. More>

Somebody pushed Shelby Poinsett Gerhardt out her second-floor library window and it wasn’t her husband. At least that what Charleston’s most prestigious law firm wants Liz Talbot to prove. Liz must run the spectrum of Southern society, from the local homeless shelter where Shelby volunteered to the one-hundred-year-old book club where Charleston’s genteel ladies are dying to join, to bring a killer to justice. More>

The Charleston streets are dressed for the holidays in sophisticated Southern style: topiaries adorned with red ribbons, garland entwined with white lights, and poinsettias potted in gold planters. The high class bordello in a stately historic home is certainly no exception. When Private Investigator Liz Talbot’s dear friend Olivia swears she saw a dead body in the parlor of this bordello, one Olivia accidentally co-owns, Liz promptly comes to her aid.  More>

When a father hires PI Liz Talbot to find his heiress daughter, Liz suspects the most difficult part will be convincing the overbearing patriarch she left town. That’s what the Charleston Police Department believes. But behind the garden walls South of Broad, family secrets pop up like weeds in the azaleas. The neighbors recollect violent arguments between Kent and her parents. Eccentric twin uncles and a gaggle of cousins covet the family fortune… More>

Private Investigator Liz Talbot thinks she’s seen another ghost when she meets Calista McQueen. She’s the spitting image of Marilyn Monroe. Born precisely fifty years after the ill-fated star, Calista’s life has eerily mirrored the late starlet’s—and she fears the looming anniversary of Marilyn’s death will also be hers. Before Liz can open a case file, Calista’s life coach is executed. More>

Private Investigator Liz Talbot is a modern Southern belle: she blesses hearts and takes names. She carries her Sig 9 in her Kate Spade handbag, and her golden retriever, Rhett, rides shotgun in her hybrid Escape. When her grandmother is murdered, Liz high-tails it back to her South Carolina island home to find the killer. More> 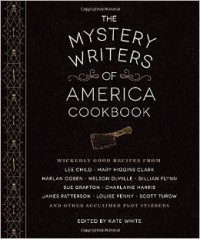 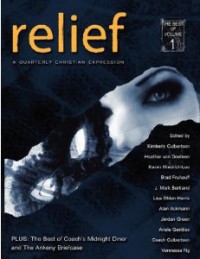